In 2009, I was going through career crossroads with two attractive opportunities, and I needed professional help to make my decision. I explored different support groups, and discussed the matter with friends and business experts; as a result, coaching appeared to be the appropriate tool for this career decision since I didn’t want anyone to decide for me as much as I wanted some direction to decide for myself. I embarked on a journey to find the right coach; I was able to compare coaches’ credentials, track record, experience, clients’ feedback, and cost. Eventually, I opted for a coach who served in multinational corporations in various positions and different countries. The first two sessions were on trial and contract; in these sessions, the coach and I explored different matters, including venue, time, cost, number of sessions, and the issue I am struggling with. The coach explained to me what to expect from this coaching journey and our roles to achieve the desired objective. Moreover, the coach presented some ground rules, which made me realize that there is a strong structure behind his success. In the fourth session, I sensed that I was leading the sessions in response to coach’s hints and deep questions, I was able to map my traits and skills against the two job opportunities, this was my first eye-opener when I realized how biased I could be even with personal matters. In the following sessions, I was able to decide what I wanted to do; however, the coach challenged me with two questions that I still remember, the first one was; “Do you know now which job you will choose?” and when answered “Yes,” he immediately fired a follow-up question “What do you need now to have to be successful in this job?” At that stage, I released that I had a limited scope by only focusing on job selection rather than the full context of my decision.

The journey ended after I have developed short and long term action plans that helped me choose the appropriate opportunity, excel in my development plan, and to onboard successfully a new job and grow my career faster and further than I initially aspired. When I reflect on this experience, I must admit that I felt that coaching did not only help me decide on jobs, but it changed me as a person; I started applying a new lens and stretched my paradigm when I tackle challenges and problems. As a result, I started promoting coaching as a tool in every venue and gathering and recommending the coach who helped me in my first coaching experience as the one responsible for my career turnaround and success.

Three years later, I was assigned with an external coach as part of my development plan, the coach was nominated by HR, and I accepted without much challenge. The coach appeared to know how to ask and answer the right questions; however, I felt disoriented and not able to articulate what we were trying to achieve in every session, the coach was not following any protocol or strategy. I didn’t feel that we were progressing in our journey, and the agenda was loose with poor linkage to our discussions. I was wondering what the coach was expecting from me; I noted that I had started to lose interest when I did not bother to prepare for upcoming sessions. It was a matter of time until the sessions became a burden; at that stage, I had to stop the coaching sessions.

I am sharing these experiences because I still believe in coaching, the positive impact I had with my first experience was strong enough for me to conclude that coaching is powerful; however, it depends on the coach to make it happen! Conversely, I am confident that those who collected coaching for their first time with similar coaches to my second coach would have developed a negative impression about coaching, and it would not be easy to undo this frustration or change their impression on coaching. The reference point they have developed on coaching is negative, even if they gave coaching another shot, they might be skeptical and reserved to protect themselves from another disappointing experience. In conclusion, we, as coaches, have an obligation to use tested, well-proven, and reliable protocols to ensure that coachees are not only benefiting from their coaching experience, but they are promoting coaching as a development tool and promoting us as successful and influential coaches. 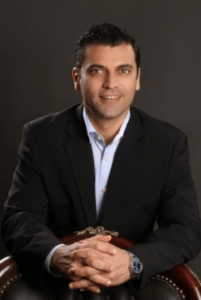 Written by Loay Damer, a Certified Professional Coach. He can be contacted at Loay.damer@gmail.com